Mercado Livre adhered, since August 20, to the anti-piracy guide of the National Council for Combating Piracy (CNCP), an agency linked to the Ministry of Justice and Public Security. The initiative arose after pressure from the São Paulo Consumer Protection and Defense Program (Procon-SP) and the National Telecommunications Agency (Anatel) on the e-commerce site.

Piracy is a classic problem in Mercado Livre, but things started to tighten. In May, Anatel had issued a notice to the website and other marketplace platforms asking them to adopt measures to prevent the sale of pirated devices or those that have not undergone technical analysis by the agency.

Last week, Anatel determined the investigation into the sale of pirated products in the Free Market. The offer of unapproved cell phones on the site would lead to fines and perhaps even inspections in their warehouses. Because of this, company representatives met with Procon-SP to discuss the issue and made a commitment to collaborate to prevent the sale of illegal items on the marketplace.

In February, it was also reported that marketplace users were selling pirated digital books within the platform, something that was discovered by the Ministry of Justice via the National Consumer Secretariat (Senacon), and there was an administrative measure to better investigate the case.

In response to Canaltech, Mercado Livre listed some of the anti-piracy measures it has been taking in recent times:

Deleted more than 30 million pages of illegal products from January 2020 to July this year Prevented the sale of 1.3 million pirated items; Mobilized more than 250 employees to monitor and ban illegal sellers and advertisements on a daily basis; It invested more than $100 million in BPP, its own brand protection program that uses artificial intelligence to curb piracy; Since 2020, more than 68,000 irregular sellers have been deactivated, says the company. 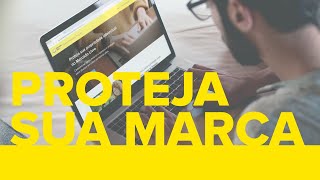 Upon formalizing the adhesion to the federal government’s anti-piracy document, the company is required to follow certain rules, such as a constant evaluation of its performance through questionnaires sent by Senacon. According to Valor, some retailers that have already made the commitment were Magazine Luiza, Americanas, Via (Extra and Ponto) and Lojas Renner, among others. Companies such as OLX, AliExpress and Shopee do not follow the guide, and justify themselves by saying that they follow an interpretation of the Marco Civil da Internet that the withdrawal of offers affects the advertiser’s freedom of expression.

Battlefield 2042 Preview | The franchise prepares for the future