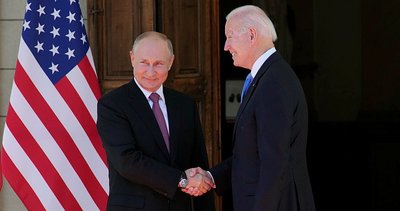 NEGOTIATIONS BETWEEN RUSSIA AND THE USA

In the joint statement released by Putin and Biden, it was stated that there would be no winner in a nuclear war, and the commitment to never starting such a war was reaffirmed.

As a continuation of the agreements reached, the delegations of Russia and the USA held a meeting on strategic stability in Geneva on July 28.

What would we see in the sky if Earth had rings like Saturn's?

Bad smell in the armpits? It's not your fault, it's your microbiota!