Also present in other operating systems, adware is the cyber threat that most threatens MacOS users. These malicious codes specialize in displaying unsolicited advertising content, but are also capable of stealing sensitive information or controlling machines — characteristics in which the Pirrit, the platform’s most common threat, specializes.

According to a survey conducted by Check Point Software, adware is very prevalent in corporate environments. The threat emerged on Windows in 2014 and was first detected on MacOS in 2016, with the main focus on displaying advertisements, but also bringing features that allow data exfiltration and even take control of the infected device. 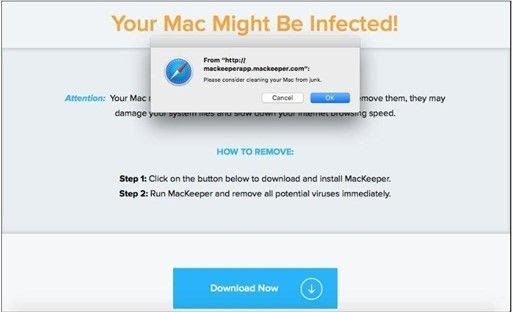 “Although the numbers are not as dramatic as in the Windows environment, it is necessary to emphasize security regardless of the device and operating system. Any successful attack can have serious consequences, especially in a corporate environment”, explains Fernando de Falchi, Engineering Manager of Check Point Software Brazil.

Threats must grow in the long term

Although MacOS is still more secure compared to Microsoft’s system, that doesn’t mean it’s possible to ignore existing threats or believe the situation will remain that way. As de Falchi explains, seemingly weaker malware can bring with it more destructive attacks and, in the long run, Apple devices are likely to be targeted by more digital threats — which includes their mobile devices as well.

In May of this year, Apple itself cited the growing number of malware present in MacOS as one of the reasons for exerting a great deal of control over the content that enters the iOS App Store. The company also recognized that it has been less effective than it would have liked to fight digital threats and that it needs to strengthen the way it responds to them.

For Check Point Software researchers, the best way to combat the new threats that may arise is to bet on means that prioritize prevention, regardless of the system used. In addition to worrying about traditional digital threats, users should also be on the lookout for techniques that appeal to social engineering and phishing, which are major gateways for malware to enter systems.

Car with automatic or manual transmission: how to choose?

Israel applies 3rd dose to all, but why few countries follow this scheme?