The real-time strategy style, subgenre of strategy, had its beginnings in the 1980s but the term was coined a decade later by Brett Sparry during the production of Dune II. In essence all strategy games need reasoning to solve problems, but what makes real time strategy (RTS) different from others is that there are no turns, decisions need to be made in real time.

Many companies see cell phones, due to the growth of the sector, as a perfect platform to experience all that the genre has to offer. Today we have separated some relevant titles that lovers of style should know and have as a way of escape and space to train decision-making in a fun environment.

The title of Ndemic Creations starts from a simple premise: can you infect the world? From the moment patient zero is infected, the player needs to work in real time to evolve the pathogen and find the way to infect the world population. While the objective is not the best, the game does not present anything explicit to the player.

Between bacteria, viruses and fungi the game introduces the difficulty of the experience. Fungi are more difficult to travel between continents, but nothing a good strategy won’t take care of. After the initial settings are selected, the game presents the map to the player and tips for decision making are in the countries and news that appear on screen.

With the COVID-19 pandemic, the company behind the title brought Plague Inc.: The Cure, putting the player on the other side and also worth the attention of those interested in the genre. In addition, a donation was made to help fight the disease and a message about the importance of taking the virus seriously still appears in the initial menu. Points for Ndemic. 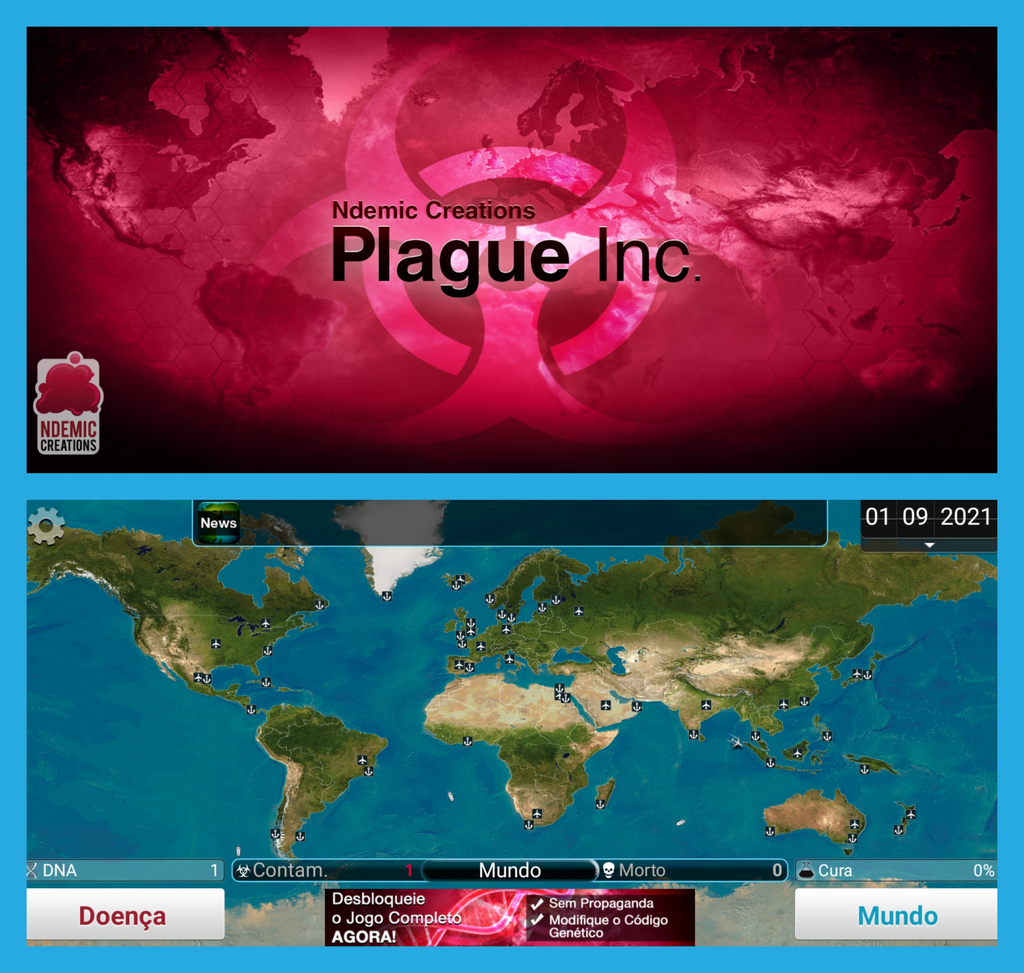 Evolve your pathogen in this real-time strategy game as you reach out to other countries (Image: Rodrigo Folter/Screenshot)

Compatibility: Android, iOS Price: Free (internal purchases optional) Size: about 80 MB for both platforms (version 1.0 for Android and 1.3 for iOS)

Humanity, in its desire to explore other places, goes on a mission to colonize other planets, but when arriving in another star system it discovers that it is not possible to inhabit any of the planets there. This leads to a conflict between the three factions that departed for the same purpose and then the player’s adventure begins.

Controlling scientists, military or workers, the player must use the structures and unique troops of each faction to emerge victorious and use what the planet gives to get back to Earth. The game needs real-time decision making and resource management to not be left behind the competition.

In addition to the campaign mode with more than 30 missions, the player can also embark on a multiplayer adventure and test his leadership and reasoning skills against other people to try to emerge victorious. The game has a high standard of replayability as it offers three factions with specific purposes and characteristics, making the experience something worth returning to. 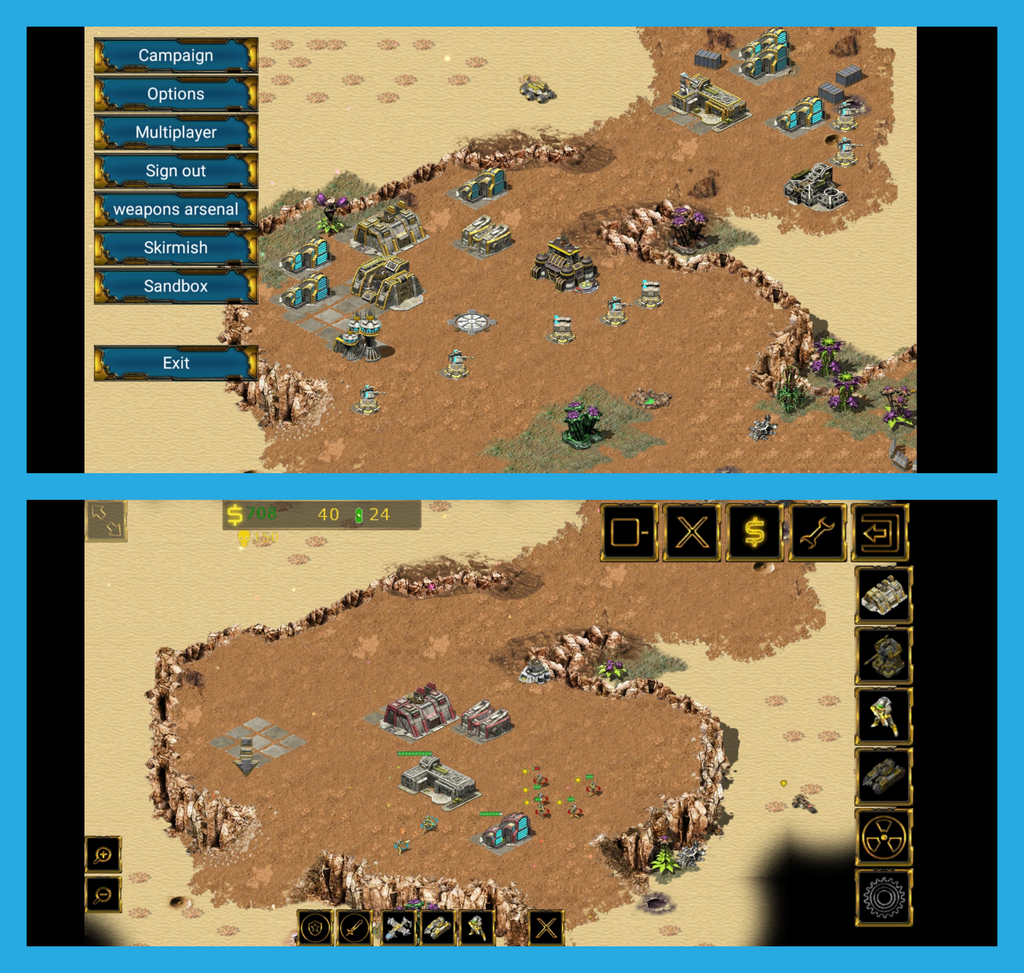 Choose from one of the factions and fight for survival in this mobile real-time strategy game (Image: Rodrigo Folter/Screenshot)

We leave the medieval fantasy created by Ironhide in Kingdom Rush and set off on a space adventure through unknown planets in Iron Marines where the player must command their troops in Sagan-1, colony in which the story is set, and fight against unknown aliens while managing the resources available.

The title maintains the artistic style that marked Kingdom Rush and introduces new characters and charismatic troops as you wander through missions conquering strategic points, rescuing civilians or fighting huge aliens without losing humor and the need to think strategically about where to position your troops for the attack or defense.

With over 40 upgrades, diverse heroes and special weapons, the real-time strategy title invites the player to try again and try all the possibilities they have to offer and get all the achievements to become the most decorated Marine in the world. have you seen. 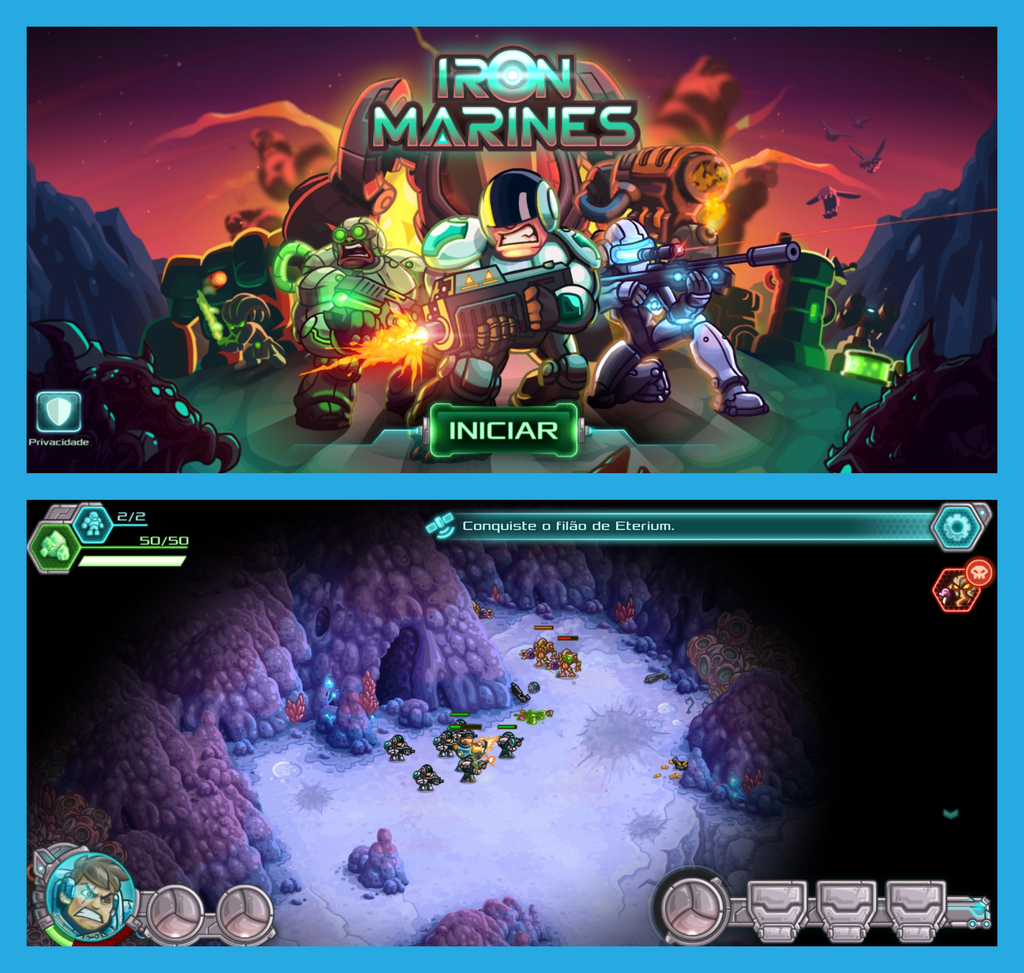 For players who enjoy a competitively oriented experience against other players, the Art of War series could be the choice for you. In its third title, Gear Games production follows the tradition of PC games of the genre and its controls fit like a glove to mobile devices in a scenario of conflict between two factions.

As a general of one of the two sides, the player needs to train his troops, ranging from simple soldiers to planes that can cause destruction in the area, in order to emerge victorious and help his clan to rise through the ranks and dominate the world. In addition to the different units, the game has a great variety of tactics to try to win in different ways.

3D graphics and excellent sound work put players in the mood for battle and it’s up to the player to choose which side they want to fight for. The interesting thing about this is that both sides have positive and negative points in their purposes, and each one with specific strengths and weaknesses, giving the necessary information for the player to choose his side. 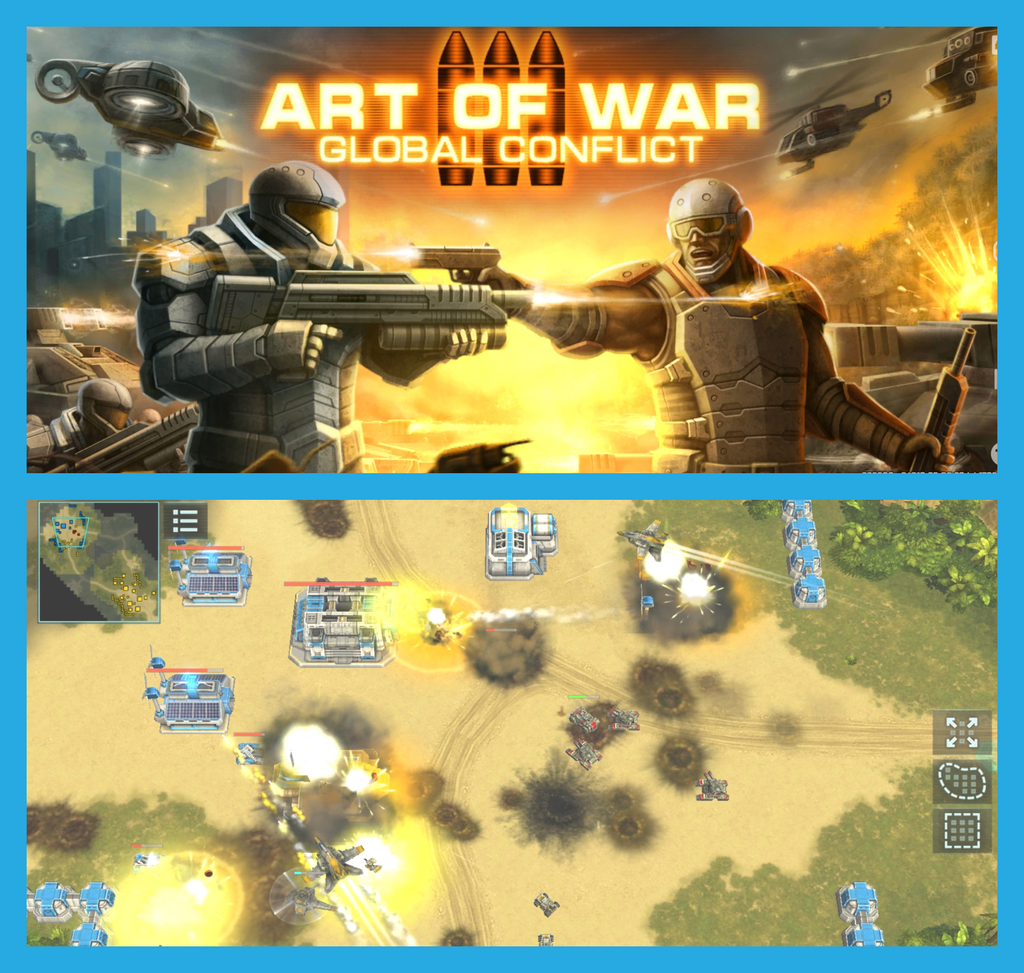 Choose one of the factions and duel against real players in this strategy game from Gear Games (Image: Rodrigo Folter/Screenshot)

Dawn of Titans puts the player in a divided kingdom after a great war between titans in a title that mixes real-time strategy with RPG elements for combat against other players with the purpose of expanding your control and increasing your army for bigger fights. It is also possible to play together with your friends for greater chances.

With some in-game modes like Alliance Wars and Invasion Boss, the player has plenty of plates full of fun, thinking tactically in real time while controlling your leader and troops to become as big a name as your titans. It is possible to customize your titan with relics and artifacts making it even stronger for duels.

The player travels through different mythologies by collecting classic characters such as Zeus, Loki or Thor, each with specific abilities and outstanding visuals, to duel in 3D scenarios very well developed by NaturalMotion, which earned the game awards at IMGA in 2016 and until today the team works to keep the game in good condition and with fresh content. 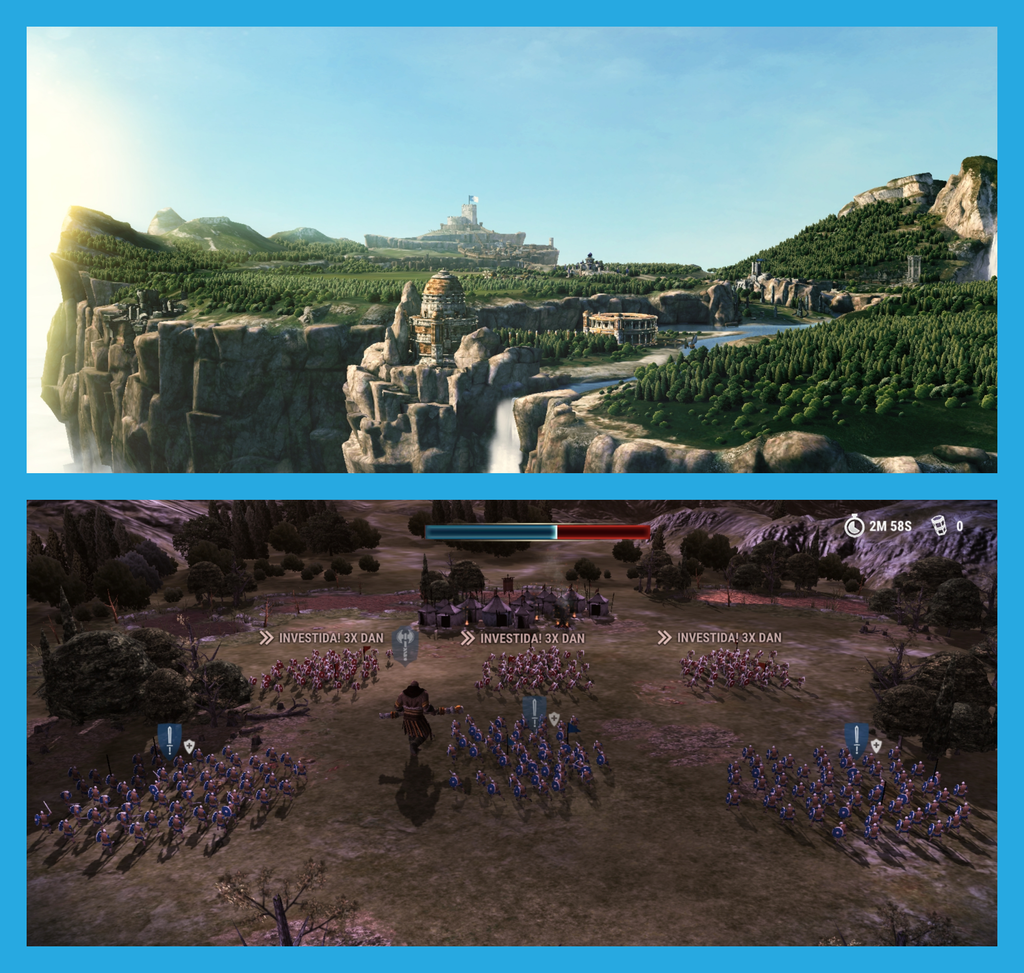 Control strong titans and their legions in this real-time strategy game against other players (Image: Rodrigo Folter/Screenshot)

Which real-time strategy game is your favorite? Tell us in the comments.

Side effects of the 3rd dose against covid are the same as the 2nd, says CDC

WandaVision Villain Can Win Its Own Spin-Off On Disney+