In addition to the new chips with stacked cache, rumors suggest that AMD is also preparing the long-awaited new generation of Threadripper processors, solutions aimed at enthusiasts, prosumers and professionals. The Threadripper 5000, as they are known until now, are codenamed “Chagall” and should not bring any sudden changes in design, with the main benefit of adopting Zen 3 cores.

Just like the previous generation, the new chip family should have PRO variants, designed for those who need raw computing power, which have just had new details leaked by a very curious platform. In addition, the top of the line family, the 5995WX, was also seen in the PugetBench database, showing notable advances compared to its predecessor.

The first details of two new ones in the Threadripper PRO family, the 5995WX and the 5945WX, were found by leaker BenchLeaks on the website. [email protected]. The curious fact is that the platform is a voluntary computing project by the Rensselaer Polytechnic Institute, in the USA — interested parties donate part of the computer’s own computing power to help produce a high-precision 3D model of the Milky Way.

The records of the [email protected] confirm the specifications of the new Threadripper PRO 5995WX (Image: Playback/VideoCardz)

According to the records, the 5995WX is a 64-core 128-thread chip, while the 5945WX has 12 cores and 24 threads. Both were accompanied by 32 GB of RAM and ran Windows 10 Pro. The processing capacity of the most complete model seems to be incorrectly reported, reaching only 1 GFLOPs, but it is possible to get an idea of ​​the power of the simpler model, which achieves the 5.56 GFLOPs.

The specifications are compatible with what the rumors indicated, and also complement the leaks suffered by Gigabyte, which indicated the existence of the traditional and PRO series for the new Threadripper.

Threadripper 5995WX shows gains of up to 28% on PugetBench

Parallel to this, the Threadripper 5995WX was found in the PugetBench database, a benchmark specialized in evaluating hardware performance in professional applications. The application tested was Agisoft Metashape Pro, a program that performs photogrammetry, the process of converting images into three-dimensional models. 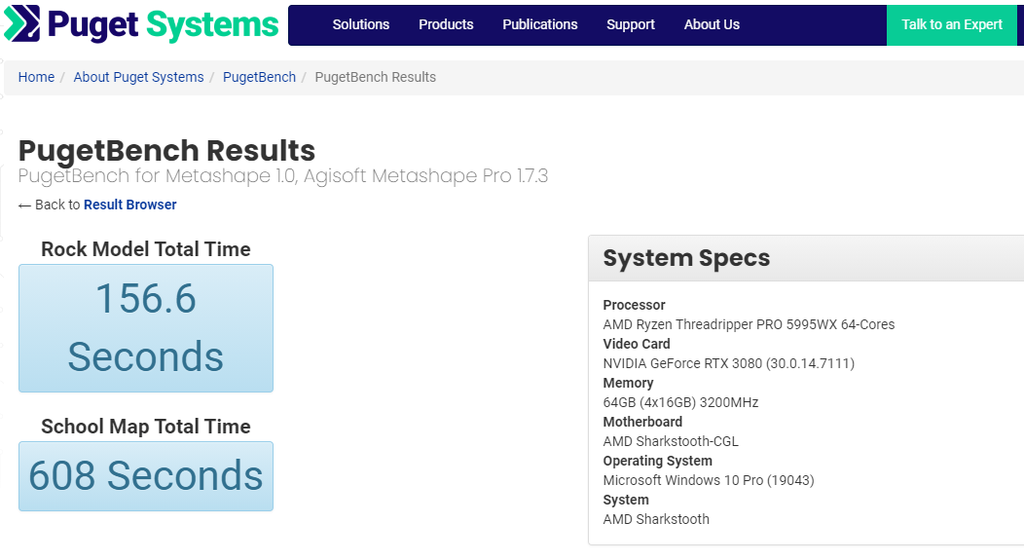 The Threadripper PRO 5995WX is up to 28% faster than its predecessor, the 3995WX (Image: Playback/PugetBench)

In the Rock Model test, AMD’s new high-performance chip took 156.6 seconds to complete processing, while in the School Map the solution took 608 seconds. In comparison, its predecessor, the Threadripper 3995WX took 205.1 and 844.3 seconds, respectively, which indicates a 24% and 28% reduction in completion time for the new generation.

The numbers are impressive considering that the 5995WX basically replaces the Zen 2 cores with Zen 3 cores and receives the improvements arising from the new microarchitecture. As far as we know, the high-performance processor arrives in January 2022, as a temporary exclusivity for pre-assembled workstations, with support for 8 channels of DDR4-3200 memory, 128 lanes of PCI-E 4.0 bus, consumption of 280 W and most.

Adam Warlock confirmed in Guardians of the Galaxy game

pr sreejesh video viral: India goalkeeper PR Sreejesh saved a German penalty corner in the dying seconds of the game; PR Sreejesh Video Viral: India’s wall in hockey is not like this Sreejesh, watch the video