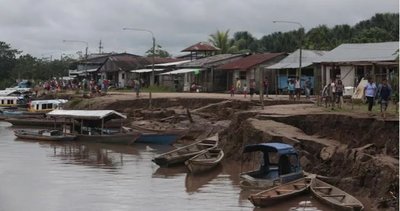 20 people were killed and at least 50 disappeared as a result of the collision of two boats in Peru, a South American country. According to the Peruvian press, a passenger boat collided with another boat in the Huallaga River in the Peruvian Amazon region due to heavy fog.

In the accident, 20 people died, more than 50 missing people are wanted. Authorities announced that there were 80 passengers in the crashed boats.

It has been reported that search and rescue efforts continue. Passengers who came ashore with their own efforts after the accident said that there were 20 children on the boats.

What is Spotify Greenroom and how it works