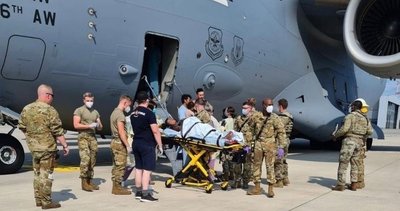 According to a written statement from the White House, the United States has evacuated an additional 1250 people from Kabul’s Hamid Karzai International Airport in the last 24 hours.

In the last 24 hours, 1200 people were removed from Afghanistan with 26 military flights and 500 people with 2 coalition flights.

Thus, the number of people evacuated by the USA since August 14, when the evacuation operation began, has reached 116,700.

On the other hand, the number of people expelled from Afghanistan since the end of July has reached 122 thousand 300.

Elon Musk's underground road system may not be so safe; understand