With the COVID-19 pandemic, many surgeries were postponed in the year 2020, since the hospital infrastructure was geared towards the almost exclusive care of patients with the SARS-CoV-2 coronavirus. Even in this scenario, Brazil registered more than 14 thousand surgeries performed with the aid of robots. The number is still low close to the total number of operations carried out by Brazilians, but it is a positive indication of growth in the sector. For 2021, the total number is expected to be even higher.

Hospitals, clinics and startups are already investing in importing new technologies to Brazil. This is the case of the British startup CRM Surgical, which brought the robotic platform Versius to the country and, for now, the only robot of its kind is installed at Rede D’Or São Luiz hospital – Itaim, in São Paulo. Outside Brazil, Versius performed more than a thousand clinical interventions and is known for assisting in operations in various specialties, such as gastrointestinal, gynecological and urological, for example. 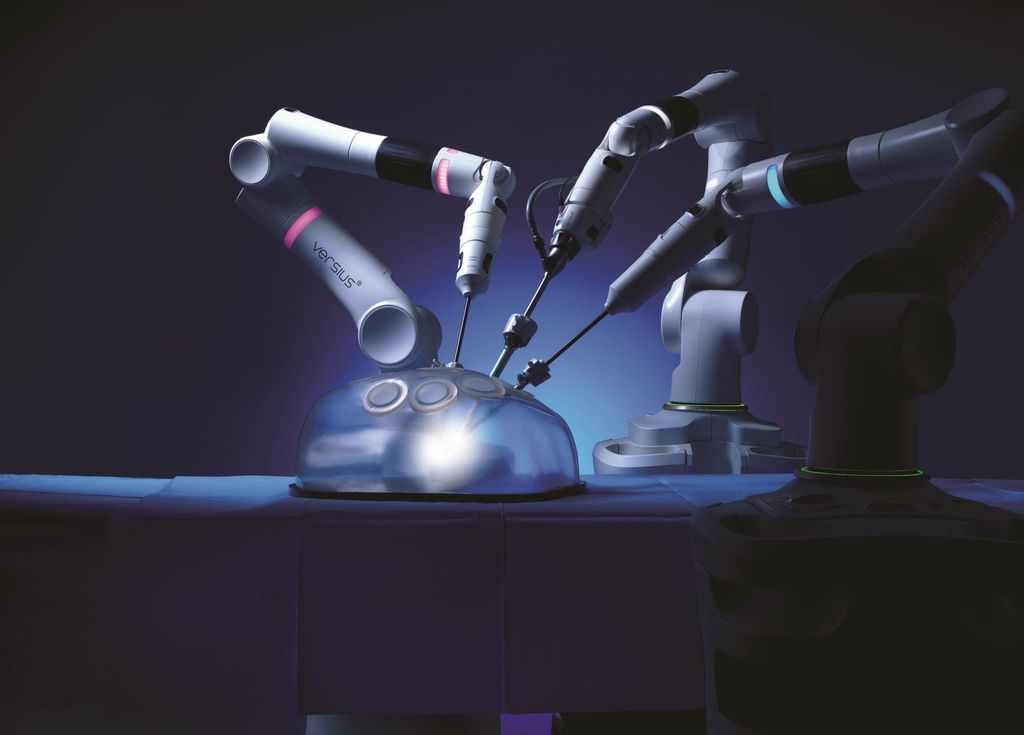 To understand the perspectives of robotic surgeries in Brazil and the possibilities that new robots can bring to Brazilian medicine, Canaltech spoke with Dr. Thiers Soares, president of the Brazilian Society of Minimally Invasive Surgery and Robotics of the Rio de Janeiro Chapter ( SOBRACIL-RJ).

What are the most performed robotic surgeries in Brazil?

“The trend is that, with each passing day, the robot is incorporated into clinical practice, and becomes a great standard of procedures for the future”, bets Soares about robotic operations. In general, these robotic platforms already provide better access to various structures of the human body, greater range of motion, greater vision of the area to be treated and reduced blood loss, surgery time, postoperative discomfort and the risk of infection. Therefore, the enthusiasm is so much for the popularization of this pattern.

Today, the urology and gynecology specialties lead the ranking of the most performed surgeries with this type of procedure in the country. In particular, “the prostatectomy [cirurgia de retirada total ou parcial da próstata] it actually has a very high number of procedures. Other specialties that have been growing a lot are bariatric and hernia treatments”, comments the specialist.

Is distant surgery already a reality? And the values?

Perhaps one of the great fascinations for robotic surgeries is the idea of ​​a surgeon operating one continent away from the patient. Technically, this possibility is much more limited by the issue of internet connection than by the technology available in the equipment. 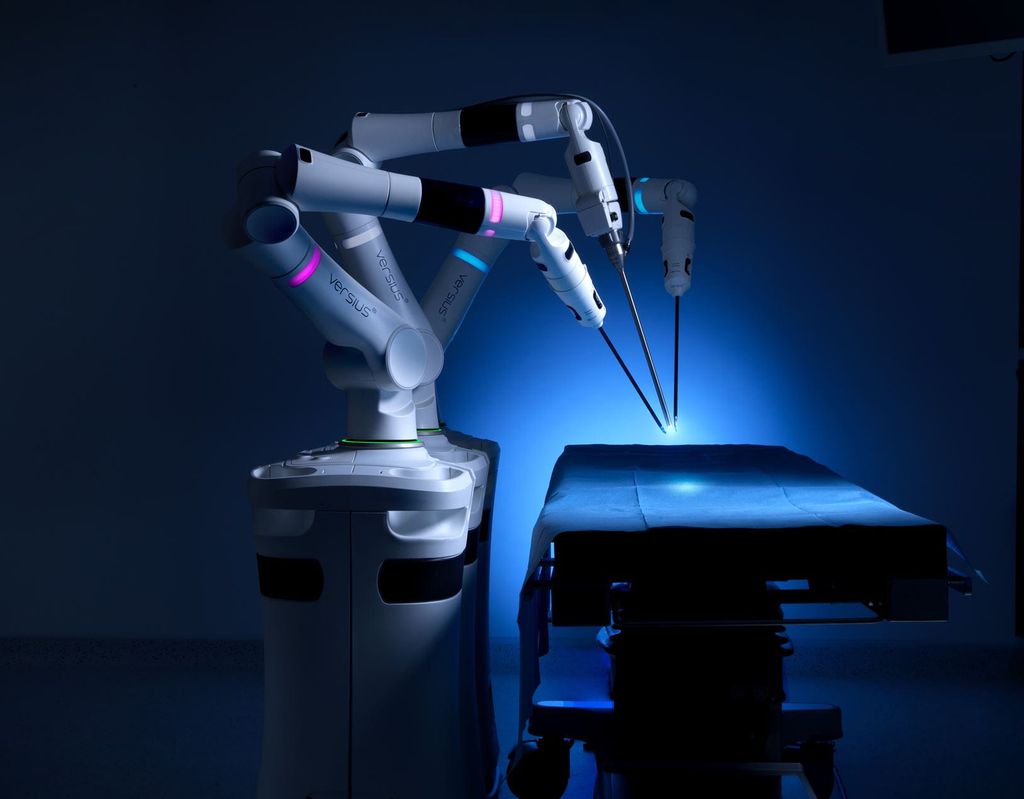 “We still don’t have a connection that is secure enough for surgeons to operate a patient remotely. This type of procedure has already been performed, but in test circumstances, with a connection dedicated exclusively for this action, at a very high cost” , explains Soares about the lack of commercial viability. On the other hand, “the evolution of 5G is expected to make this ever closer to reality.”

As for the values ​​of a procedure with robotic assistance, they are quite varied. “In general, to use these platforms, hospitals end up charging a fee. In a surgical situation, for example, the patient must pay the fee for using the equipment and the surgical team. In this way, each hospital establishes the value of its rate and his team according to the costs and criteria of each type of surgery,” he explains.

Of British origin, the Versius platform is capable of performing minimally invasive surgeries and, therefore, it can provide a faster recovery for the patient. “The robotic platform can help in the area of ​​gynecology [endometriose, miomectomias, retirada de útero], but also in practically all the procedures that we can use through the minimally invasive route”, explains Soares.

In this way, the robot can be an ally in general, bariatric and urological surgeries, for example. But, for now, the platform is still awaiting the release of the National Health Surveillance Agency (Anvisa) to be used in elective surgeries in the country. 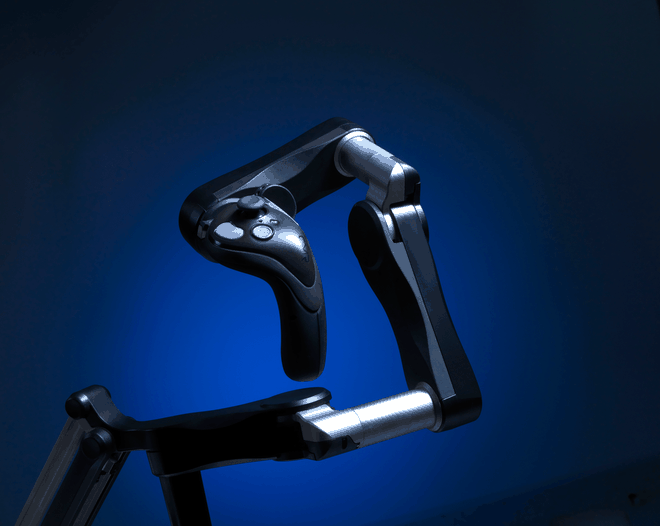 The equipment provides good facilities for surgeons, such as separate arms from the platform, which can operate individually. “A great advantage of the platform is the dismemberment of the arms, when they work individually”, comments Soares. For example, the surgeon can use laparoscopic tweezers — a tweezer with an integrated microcamera that allows visualization of the interior of the region to be operated — and, in parallel, a second arm can perform other specific procedures.

“In addition, it is also possible to attach this arm or even more arms to make the surgery more dynamic and thus bring greater mobility and speed to the process. The robot also resembles a video game, where you look at the screen and move with your hand, keeping it visual contact from the screen. Even the Versius handle resembles a joystick,” he explains. 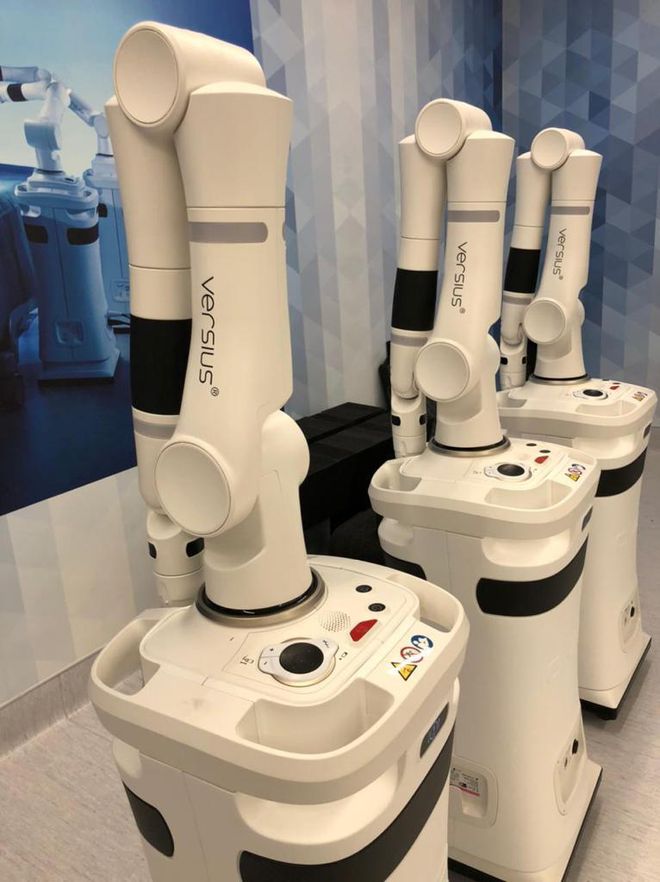 It is noteworthy that Soares’ knowledge of the equipment predates his arrival in Brazil. That’s because the specialist had the opportunity to test the Versius back in 2019, during the launch of the robot at a congress in Bulgaria.

Developed by North American scientists, the Da Vinci robot is the most widespread robotic platform in Brazil. This is because the technology — which was created almost in the 2000s — has been present in the country since 2008. Currently, there are just over 80 robot platforms available for national use, including the 10 platforms of Rede D’Or São Luiz.

Congratulations to our team in Germany, who recently installed the 200th da Vinci surgical system and helped facilitate over 200,000 procedures in hospitals across the nation. Thank you for your continuous efforts in advancing what’s possible in minimally invasive care. pic.twitter.com/BwreIW6xbs

This platform has the appearance that resembles an “octopus” and has three arms for the surgical instruments and a fourth for viewing the patient’s organs, being a little more “in plaster”. In this case, the surgeon fits the face to the robot’s display and handles the entire device through the console controls. During surgery, it is possible to obtain a 3D view of the organs and, with its arms, the robot extends the medical performance with more mobility during the procedure.

In fact, Canaltech has already talked to the person responsible for the first robotic surgery to control type 2 diabetes performed in Brazil using this equipment.

Future of robots in medicine

“Over the next 20 years, robotics will be increasingly incorporated into the daily lives of hospitals. The numbers of procedures grow exponentially and with the arrival of different types of platforms, the cost to the population falls, and thus, encompasses even more access to this technology to help save lives,” believes specialist Soares.

In fact, Brazilian hospitals are already seeking policies to facilitate patient access to this type of procedure. “In up to 30 years, it will be much more common to talk about robotic surgery and this information will be present in the daily lives of patients and doctors’ offices”, he completes. In fact, the equipment will most likely also reach the Unified Health System (SUS).

Where is the WhatsApp trash?