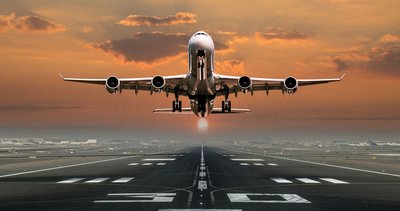 The coronavirus epidemic, which is effective around the world, has put the sectors in financial difficulties in many items, especially in air transportation. The last example of this was Italy, one of the deep-rooted states of Europe. Alitalia, one of the symbols of Italian airline transportation, which was founded 75 years ago, has decided to stop its flights.

SHARE THIS ALBUM Italy’s flag carrier airline Alitaila has announced that it will no longer issue tickets. Alitaila, which stopped selling tickets for flights after 15 October, will be replaced by ITA, a smaller company with a different logo. GALLERY CONTINUES

FOUNDED 75 YEARS AGO
Founded 75 years ago, Alitalia was once known to Italians as the “winged arrow,” according to CNN’s report. Their aircraft featured the popular logo with a large ‘A’ colored like the Italian flag. This logo was one of Italy’s most recognizable symbols overseas.

BANKRUPTCY HAS BEEN IMPOSSIBLE
Alitalia has been grappling with financial problems for a long time. Over the last 30 years, the Italian government has donated billions of euros to save the airline from extinction and keep its employees in business.

The company declared bankruptcy in May 2017. In addition, the company was in trouble after the pandemic. The lack of flights for a long time in 2020, and the fact that the number of passengers could not return to old levels after the corona virus bans were relaxed, put the company in bankruptcy to an end.

Samsung can remotely disable all TVs it sells around the world

Best mobile games of the month of August