Everyone has a mobile game, whether it’s a simple Candy Crush or complex AAA titles. Over the years the sector has grown, and is the fastest growing, bringing an ever-increasing amount of options to the catalogs of your device of choice. But this came with a problem: your battery often doesn’t make it to the end of the day.

There are several reasons that games can drain your battery, some for the graphics, others for the need for constant processing or various permissions required. Today we’re going to show you some titles that, while fun, drain your cell phone battery quickly. It’s good to walk close to outlets if you enjoy these games.

Who never dreamed of being a Pokémon master, right? Since the developers’ announcement in 2015, the game has caused a stir and has become one of the biggest hits in the history of mobile devices with millions of downloads annually around the globe, but the journey to capture them all is arduous, especially for the your battery.

Constant connection is just the tip of the iceberg. It is also necessary to keep the GPS constantly turned on and allow access to various functions of the device, such as: storage, physical activity, camera, contacts and other options such as bluetooth or permanent notifications. It might be fun, even more so with the updates, but your battery sure isn’t. 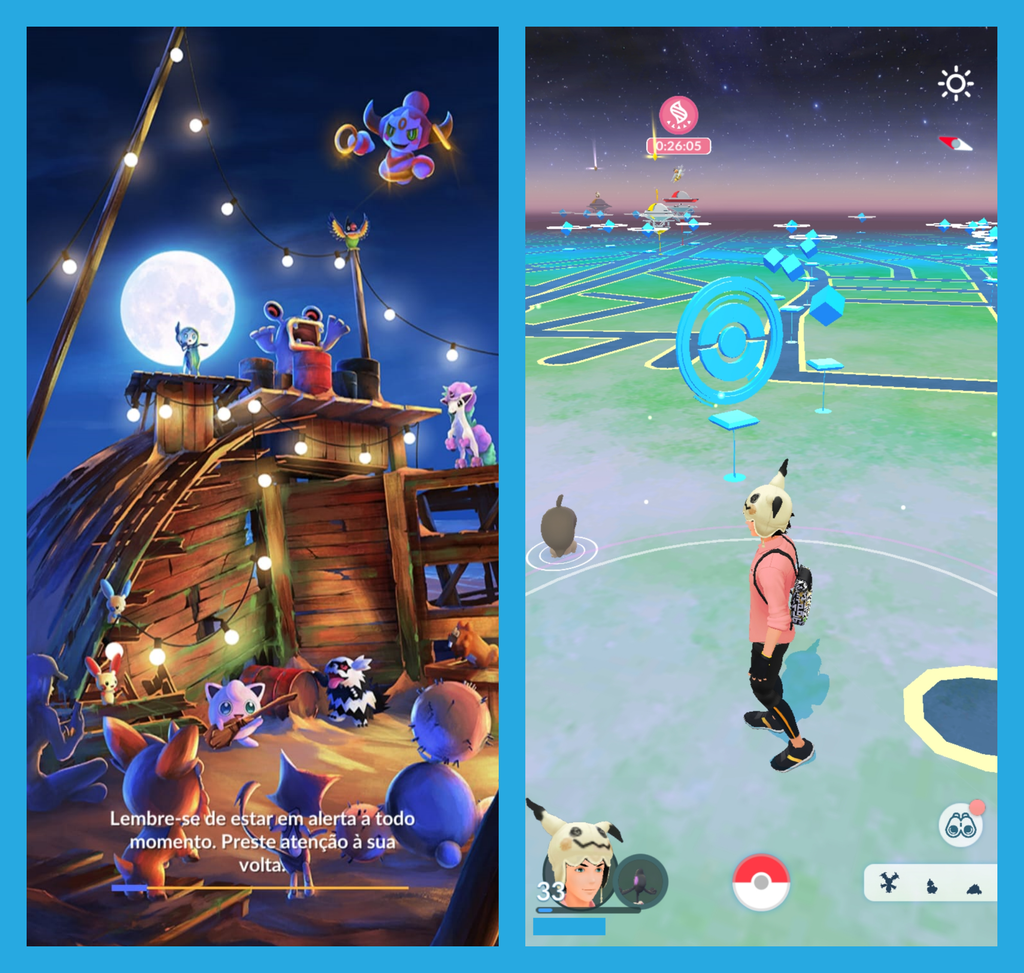 One of the most responsible for the popularization of the battle royale, PUBG delivers an intense combat experience with a high level of customization so that each player can create their weaponry, as well as several configuration customizations for the player to make the most of the experience.

Because it contains realistic graphics, the game can be heavy for most devices, and is already preparing an update that will bring graphical options that will demand even more. Not being enough, you still need constant connection to load all the game’s real-time information. For those who like to compete, PUBG is the right choice, as long as your battery can withstand the stride. 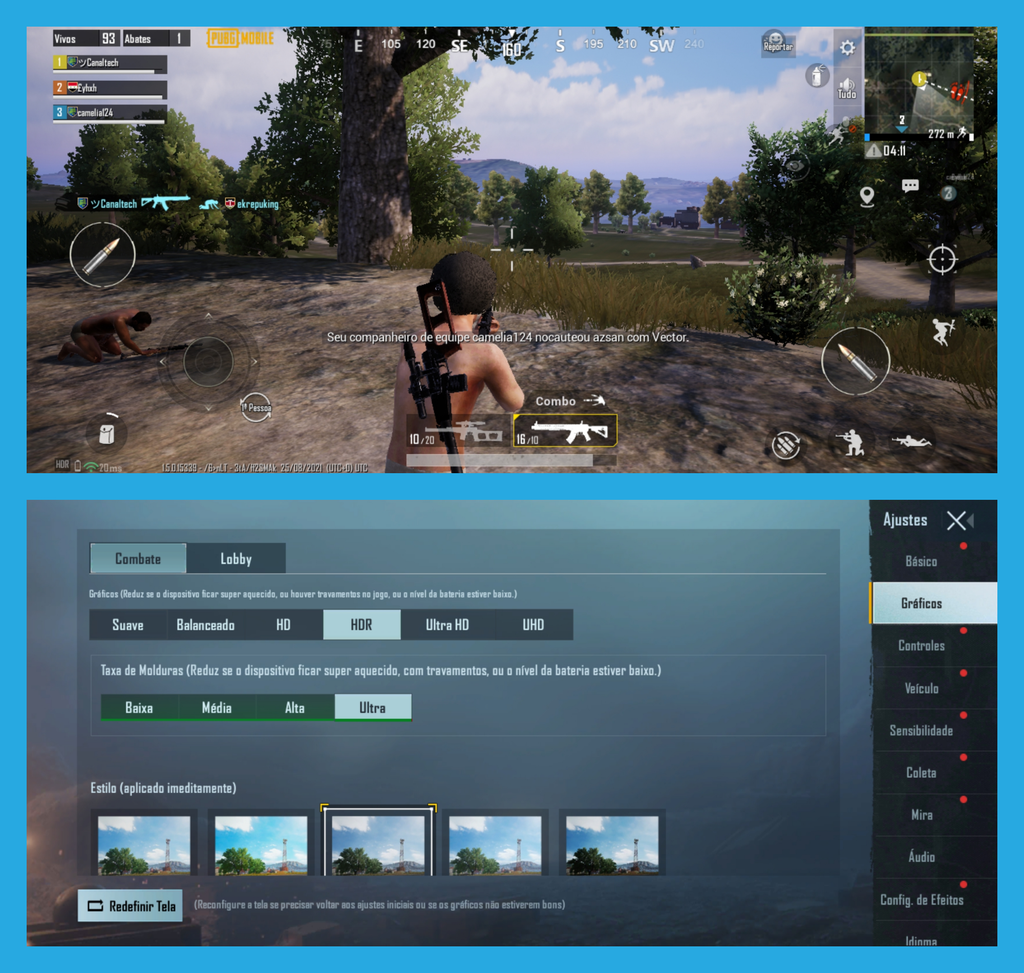 Bethesda’s title, based on the classic franchise, is a treat for anyone who likes a good strategy game and resource management, plus a mission system implemented throughout and seasonal cosmetic events keep the game fresh even after six years old. I dare say, one of the company’s best titles in the last decade.

Quality takes a toll on your battery, requiring connection when saving your bunker in the cloud, and a thriving environment requires a lot of your device’s processing power due to the level of detail, working lighting, motion animation and complex scenarios to bring the environment to life . It’s a work that honors the franchise, but it’s better to play close to the shot. 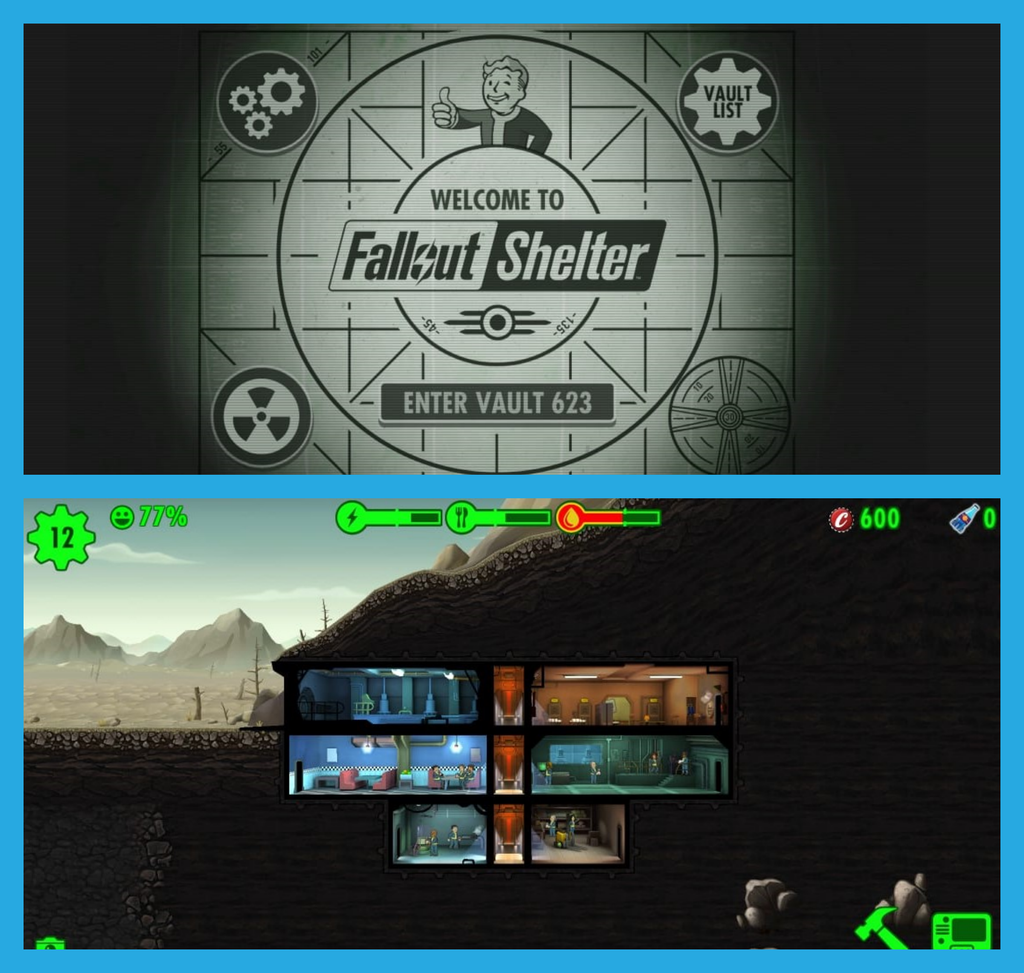 The visual complexity and constant animation takes a toll on your battery (Image: Rodrigo Folter/Screenshot)

Activision’s classic series is present on mobile phones with a title that has several game modes, all networked, and the current flagship of the franchise, the battle royale version that gives you the freedom to create your arsenal for battles in a complex Full HD scenario against multiple players from the server.

Not only the huge disk space it occupies, the game also drains your battery quickly due to the constant need for connection to receive all the information in real time, and the graphic takes your cell phone’s capacity to the limit. It’s an excellent title for fans of the series and battle royale, but made for cell phones with powerful battery. 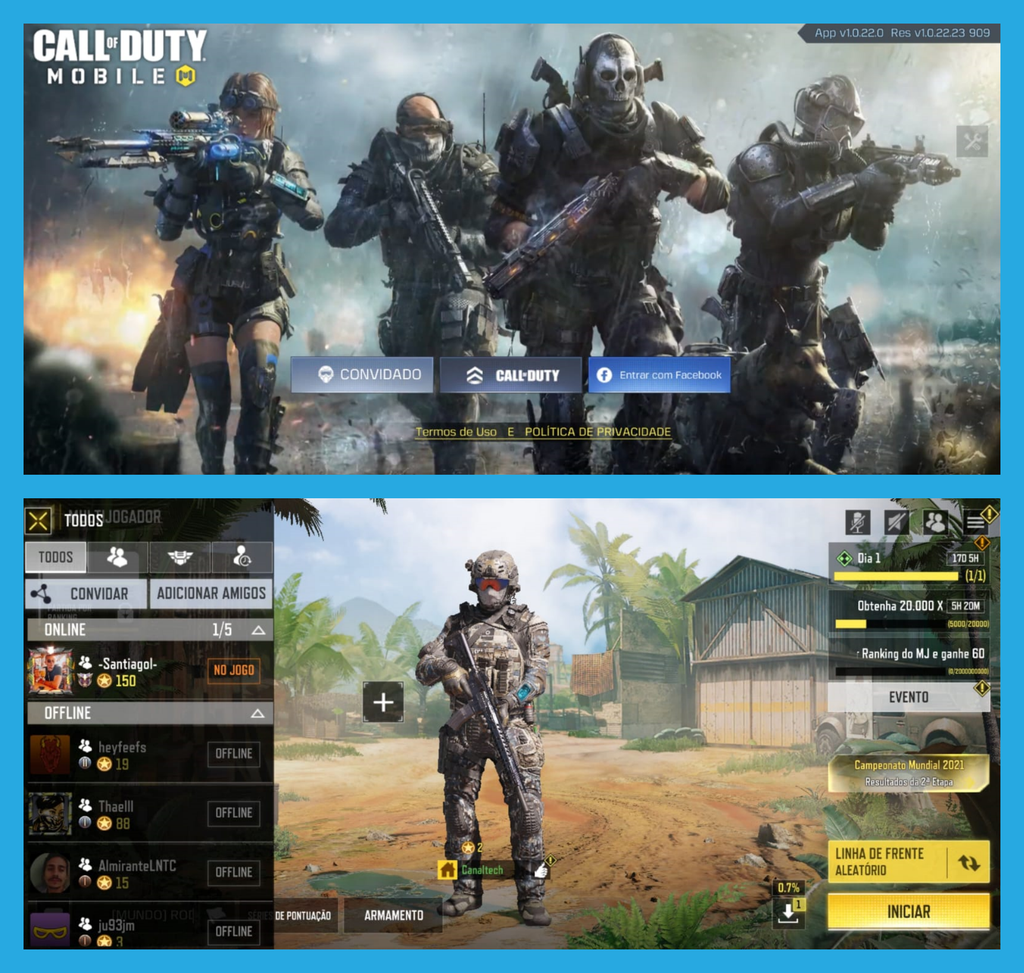 Call of Duty Mobile delivers a complete combat experience, but with high impact on your battery (Image: Rodrigo Folter/Screenshot)

With gorgeous cell shading art and user-friendly gacha system, Genshin Impact impacted, pardon the pun, the industry last year and deservedly made it to The Game Awards. Chinese miHoYo’s RPG takes the player to Teyvat and features several characters with different personalities and unique abilities.

The game’s visual complexity already took a toll on the battery, but the latest updates brought even more impact on durability. The game has several effects that overload the CPU of devices and this ends up draining your cell phone’s energy faster. The work is excellent and is constantly updated, but being present in the beautiful universe charges a high fee. 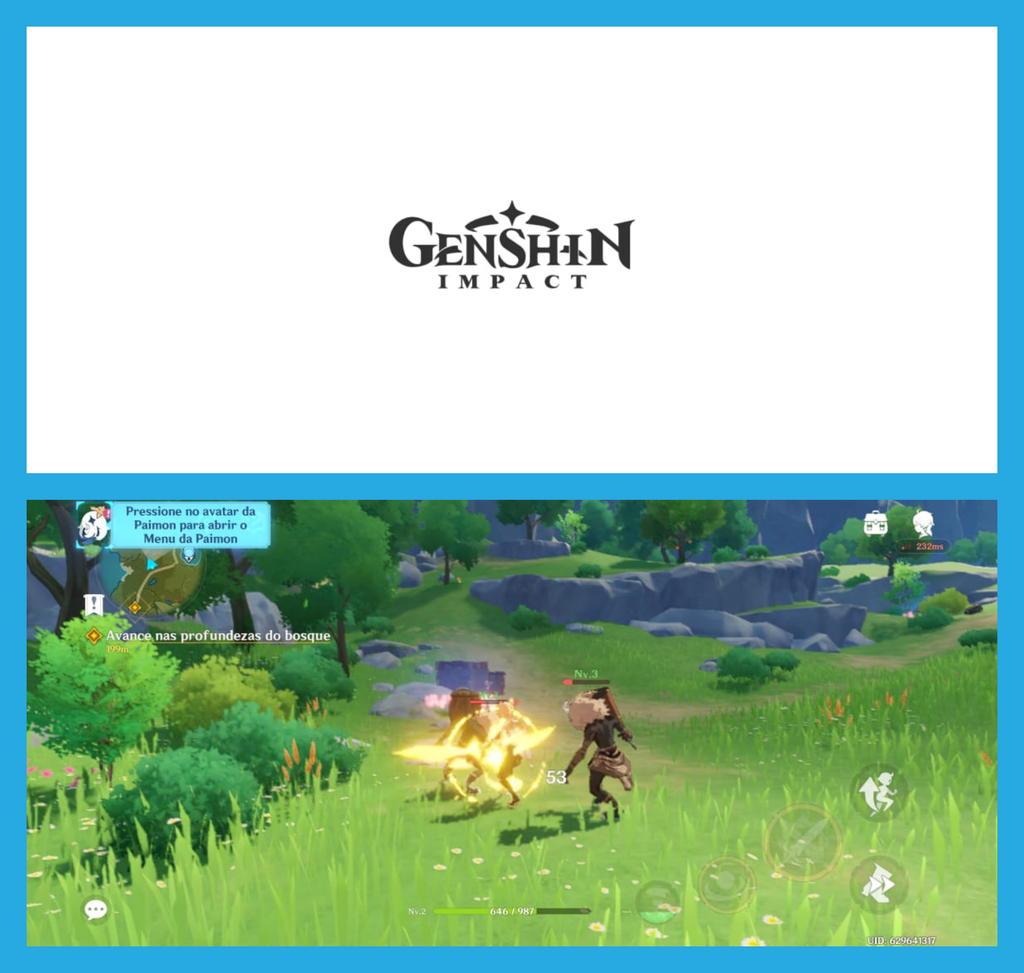 Traveling through the beautiful universe of Genshin takes your battery and processor to the limit (Image: Rodrigo Folter/Screenshot)

Close to celebrating ten years, the Supercell title remains firm and strong and is one of the titles that popularized and grew the strategy genre within mobile devices. Tower defense is one of those titles that everyone should know at least once in their life because, in addition to the strategy factor, it has a beautiful contrasting color look that captures our attention.

Even though it doesn’t drain as much of the device’s battery as previous versions, the title still punishes your device in long sessions by demanding connection all the time while controlling your army in battle. 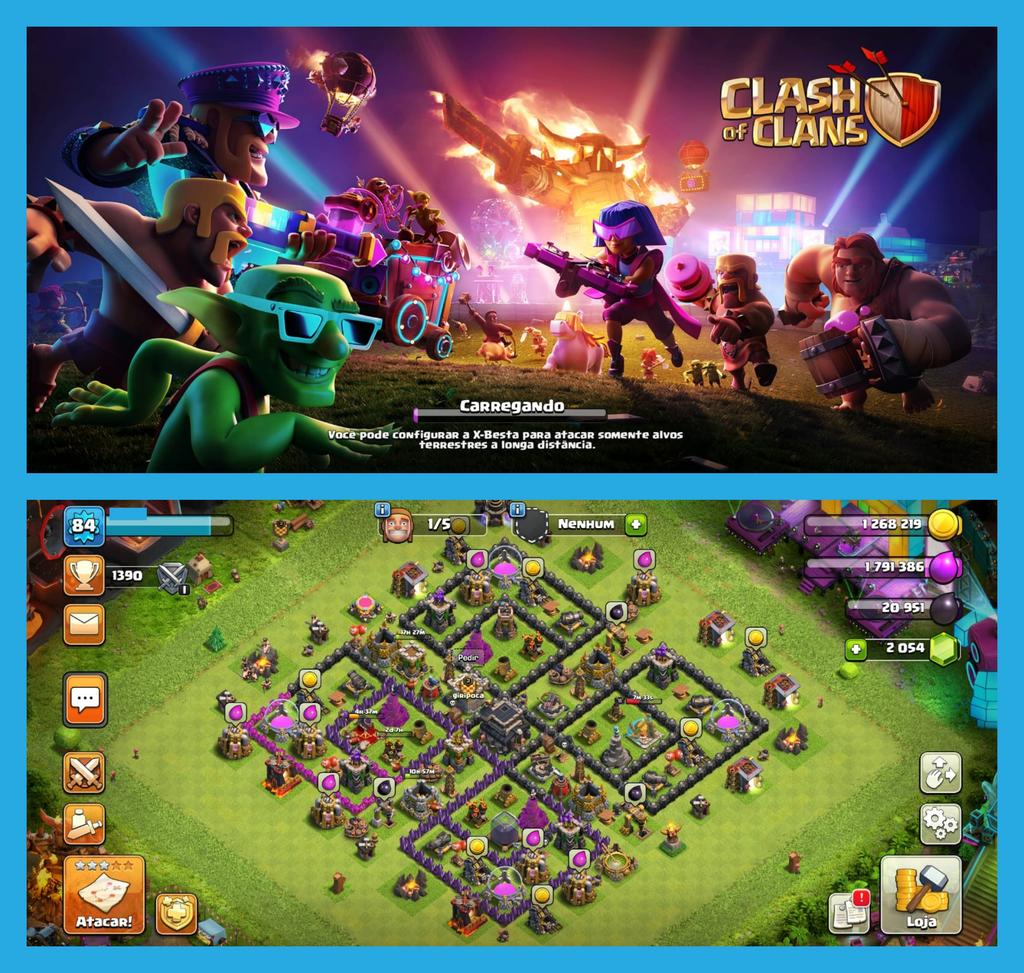 The visual and constant connection required are the causes of battery drain on your mobile device (Image: Rodrigo Folter/Screencapture)

Investing heavily in the mobile device sector, with its MOBA as well as auto battler, Riot broadens the range of opportunities and brought Summoner’s Rift to our fingertips. The game fits perfectly on the small screen and offers fun, and sometimes a bit of a headache, for lovers of the title that dominates the style on PCs.

Getting your Yasuo M7 and going to the middle lane however requires a powerful battery. The game’s look charges a good portion of your battery, but still has the need to connect as an ally to erase your cell phone in long sessions within the game. Even with faster matches than the original title, the game charges dearly for the fun. 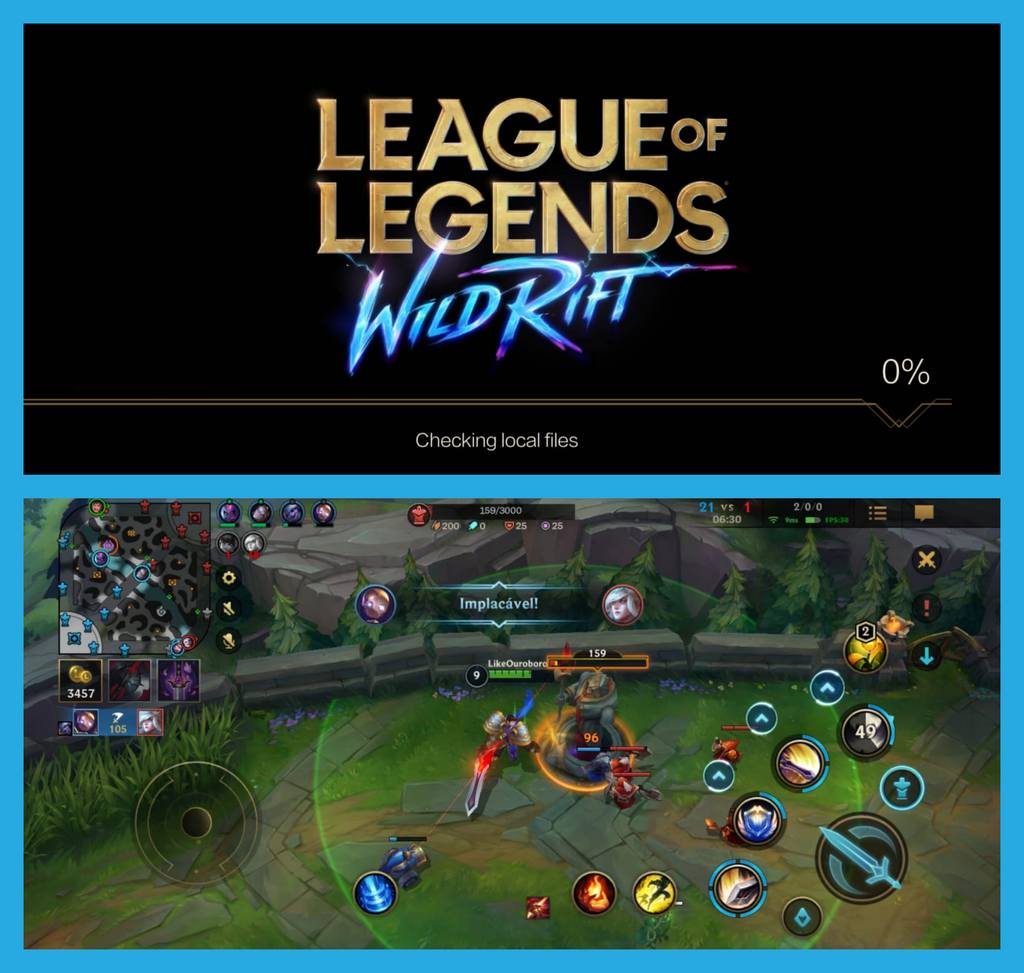 Being in Summoner’s Rift requires a strong battery for your mobile device (Image: Rodrigo Folter/Screenshot)

Tell us, what other games consume your cell phone battery?

Android 12 clock gets new widgets with Material You look; check out

98% of Brazilian corporate websites are at risk of cyber attacks