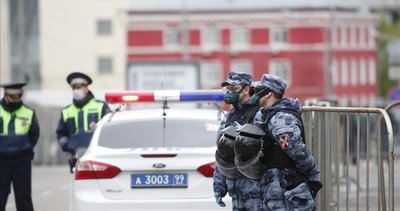 According to the Russian TASS news agency, lawyer Lidiya Anosova stated that the congregation was detained by the police in the mosque in Kotelniki in the Moscow region.

Noting that the detainees were taken to Lyubertsy Police Station by police vehicles, Anosova said, “The identities of these people are being checked. There is no charge yet.” he said.

Anosova stated that the police treated the detainees correctly and legally and that their clients were allowed to be given water.

The Press Service of the Moscow Region Administration of the Ministry of Internal Affairs of Russia announced that they checked the information about the detention.

Scientists used DNA from mummies to reconstruct their faces, and it looks amazing!

Gboard gets smarter and gets 1,500 new emoji combinations