If you’ve ever seen the movie Finding Nemo, you might remember the scene where Crush, the sea turtle with a Rio accent, says he’s no less than 150 years old. But what if we tell you that there are animals that can live far beyond that? There are even some that are considered practically immortal by science! Check out ten of these animals with an enviable life expectancy: 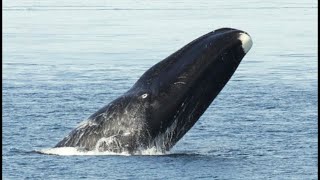 Greenland whales are known for their longevity as they can live for over 200 years! There are records of a female captured off the coast of Alaska who was estimated to be 115 and 130 years old, but other whales have reported 135 and even 172 years. Scientists have already discovered a specimen that is approximately 211 years old, far beyond initial estimates.

Whales have mutations in a gene called ERCC1, which is involved in repairing damaged DNA, which can help protect whales from diseases such as cancer. Also, another gene, called PCNA, has a section that has been duplicated. This gene is involved in cell growth and repair, and duplication can slow aging. 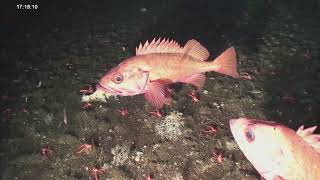 Another animal that lives long is the rougheye wrasse (Sebastes aleutianus), also known as rougheye rockfish. It turns out that this species can live for just 205 years. It is one of the longest-lived fish. These fish live in the Pacific Ocean, grow up to 97 centimeters in length and eat other animals such as shrimp and even smaller fish. 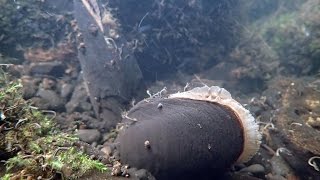 Who knew that a mussel would be one of the longest-lived animals in the world?! The river mussel (Margaritifera) is a bivalve that filters food particles from the water. It lives in fresh water and can be found in Europe and North America. The oldest river mussel was 280 years old. These invertebrates have a long shelf life thanks to their low metabolism.

However, the population of river mussels is declining due to human-caused damage and changes to the habitats of the rivers they depend on. 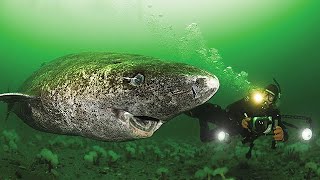 Greenland sharks (Somniosus microcephalus) live deep in the Arctic and Atlantic oceans. They can grow up to 7.3 meters in length and have a diet that includes a variety of other animals, including fish and marine mammals such as seals, according to the St. Lawrence Shark Observatory in Canada. 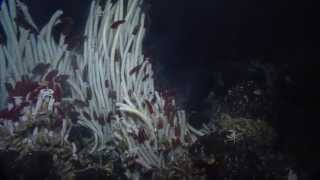 Tube worms resemble giant, thin bamboo stalks, living in clumps of millions, covering huge areas on the ocean floor. They have a thin, flexible tube in their bodies made of secretions that provide them with protection and support. And a species of tube worm called Escarpia laminata inhabits the ocean floor in the Gulf of Mexico, and is capable of living for over 300 years. Tube worms have a low mortality rate with few natural threats such as lack of predators. 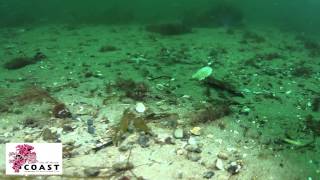 Ocean quahog clams (Arctica islandica) inhabit the Atlantic Ocean. An ocean quahog found off the coast of Iceland in 2006 was 507 years old, according to the National Museum of Wales in the UK. He came to be nicknamed the Ming because he was born in 1499, when the Ming Dynasty ruled China (from 1368 to 1644). 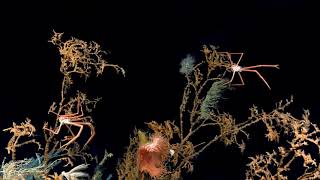 Corals look like underwater plants, but are actually made up of invertebrate exoskeletons called polyps. These polyps multiply and replace themselves continually, creating a genetically identical copy, which over time causes the structure of the coral’s exoskeleton to grow larger and larger. Corals can live for hundreds of years, but a species called black coral (Leiopathes) has the longest-lived corals, as they were once found off the coast of Hawaii at, amazingly, 4,265 years old! 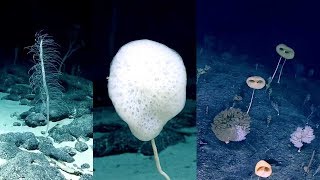 We already know why SpongeBob doesn’t age through the episodes: it turns out that sponges are made up of animal colonies, similar to corals, and they can also live for thousands of years. There is one species, however, that contains the longest-lived sponges on Earth. It is the Monorhaphis chuni, often found at the bottom of the ocean. It has skeletons that resemble glass, so in English it’s called Glass Sponge. A 2012 study published in the journal Chemical Geology pointed to a sponge of this species that is approximately 11,000 years old. 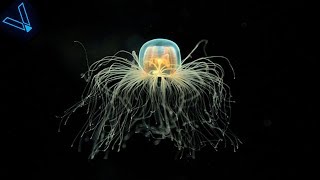 Until then, we’ve seen truly old animals. But what if we tell you that there are animals that border on immortality? This is the case, for example, of Turritopsis dohrnii, a species of jellyfish that can make its tissues rejuvenate, and the life stages regress. This ability to continually regenerate does not mean that the jellyfish never die, as it can be eaten by a predator, or something like that. However, it can go through a process of tissue restructuring (a type of regeneration) and return to the initial stage of life, even after reaching maturity. 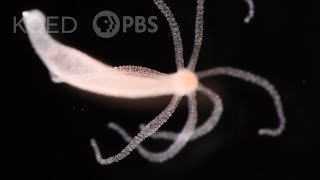 The Hydra is a kind of cnidarian animal with a cylindrical body and in the shape of a polyp. It lives in fresh water, preferably in cool, clean water, attached at one end to a rock or aquatic vegetation. Like Turritopsis dohrnii, the hydra also has the potential to live forever, because it simply shows no signs of deterioration with age, with the right cells that continually regenerate through duplication or cloning.